December 29, 2016 By Mairi Damer With Comments are off for this post Tagged with: ageing, business start up, digital detox, Glasgow, log off, self employed, self employment, small business, sound of silence

Wrinkles, a spare tire, sag and spread. A light sprinkling of liver spots, the sprouting of some rather robust facial hair, a pair of creaky knees, a brace of aching hips, and the distinct droop of a once proud embonpoint.

Another year is about to pass into the history books, adding another chapter to the litany of advancing decrepitude presenting itself daily in the bathroom mirror. Gratifyingly, hard evidence of said decline is all a bit blurry now that the focal strength of these formerly formidable 20:20 vision peepers isn’t quite a sharp as once it was.

30+ years of gig-going and nightclubbing haven’t helped the sonic capability of the auld ears, and the once-pristine gnashers have definitely lost their arctic ice white lustre. But hey, it’s all inevitable, and round here, physical decline is accepted (most days) with reasonably good grace. It’s official, at Word Up, we’re embracing going grey, and we’ve got a pretty nifty Mallen streak to prove it.

So the bod’s on the slide, but there’s plenty of other unsung advantages to ageing. Let’s face it, when you get this far into your 50s, you’re allowed to be grey AND grumpy. You get to set your own social rules, and can decline to join in with fads, trends and flash in the pans. You can dodge being a dedicated follower of fashion, and feel fulsome relief when don’t have a scooby who’s top of the pops with what passes for modern music. You might even learn not to sweat the small stuff.

In our book, the best bit about getting older is being a pre-digital dinosaur. Yes, we like tech as much as the next modern small biz owner, we’re all about words after all, but there’s a lot to like from back in the day. It’s good to hark back to a time before the online age dawned, when life was simpler and a whole lot quieter. Maybe it’s just those of us of a certain vintage who are afflicted, but bloody hell, at Word Up we’re beginning to be deafened by the sheer volume of digital noise.

Ancient relics like us can recall the simple pleasure of taking a walk without the relentless beeps, dings and alerts of a smartphone. Believe it or not, once upon a time we were able to get from A to B without having the natural world muffled by noise-cancelling headphones and streamed music on tap. And at Word Up, we know we’re not the only oldies looking back in fondness to a time when information and facts were things to be found by accident, design or research, not simply by obeying the mantra of “Google it”.

Needless to say, plenty of us auld yins want full access to the benefits the modern world and all its bells, whistles and digi geegaws can offer, and it’s all essential for earning a self-employed crust. But listen up to the sage advice of an elder and do yourself a favour in 2017. Every once in a while, log off, tune out and drop in to the sweet sound of silence.

PS before you mount your cries of digital indignation, we’re well aware that it’s right royally hypocritical to post an online piece asking for occasional hush whilst adding to the digital cacophony. But the author is getting on a bit, and allowed to be a hypocritical old bag. 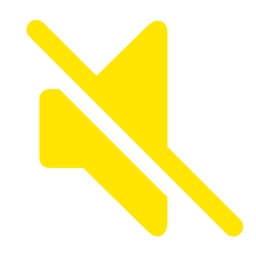