All aboard Joking aside

You’d think I’d know better. After more than half a century of this mortal coil, anyone might think that I, a middle aged, middle class proper professional person of the female persuasion, am far too grown up and sensible to still be flicking the V to certain parts of society. Well, d’you know what? Bugger that. 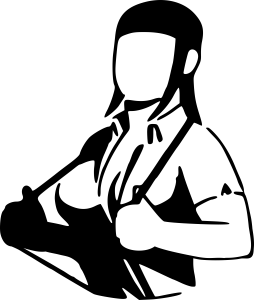 It’s no coincidence that loads of successful small businesses are run by people with a deep-rooted rebellious streak. So don’t knock it, oh sensible types. You might not like us roustabouts much, or thank us for being insistent and really rather difficult, but those of us who have made a career from making a general nuisance of ourselves, are the ones who keep your miserable existences just that wee bit more interesting. Without us members of the awkward squad to moan, groan, shout, argue, complain, ruffle feathers and flatly refuse, life would be infinitely more monochrome.

Admittedly, your own lives, especially the 9-5 part, might be made that bit easier if there wasn’t always one bumptious square peg knocking against the round holes of conformity. But we’re not daft, you know. I’d go as far as to say that the awkward squad are usually a pretty smart breed, and they’re certainly rammed to the brim with integrity, campaigning consciousness and righteous ire. So no, we will not shut up, even when lunch break is looming or the inbox is doing its dinger. Life alongside us will never be even keel stuff. We’re aware that in the course of making mischief, we trouble-makers (their word, not ours) do upset apple carts, sense and sensibilities. But where your penny might be failing to drop is that we are compelled to bring our rebellious streak to the party because (1) you don’t have the bottle to speak up for yourself, (2) you’d do anything for a quiet life, even let juggernauts roll right over you or (3) you want to get to the pub for a pint and just can’t be arsed with the fight, so you’ll leave us standing on the battle field alone (and, truth be known, often bricking it).

Fair dos. The small but vocal army of antagonists can be hard work. We’re not easy to live or share space with. Agreed, our passions might spill over into self-righteousness and self-agrandising agendas from time to time, and we’re sometimes guilty of not being able to pick the right fight, but you can’t doubt our drive and desire to make things better for everyone. You might wish we’d sometimes just shut the ***k up, but ‘fraid not. We’re a perennial pain in the arse, preferably the posteriors of people in power. Tinpot dictators, the blazer brigade and workplace tyrants are fair game as far as we’re concerned.

Of course, there are downsides to rocking the boat (including the risk of completely capsizing it). As a subculture, we antagonists and agitators are not generally considered best in class. Most managers gird their loins when we ask for a meeting, and we’re often shut down, even shipped out. It can be a lonely one wo/man existence, knowing non-one else will utter a peep when push comes to shove.

But pay-off can come, especially if you go it alone free from the suffocating constraints of corporate working life. And having met a few new fully paid up members of the awkward squad in the Scottish small business community recently, people with big personalities and self-awareness learned the hard way (from pushing against the grain), great folk, bursting with ideas, ambitions and ethics, I know that this is no one-woman fight. Looks like rebellion is alive, and still kicking.