On second thoughts, naw. You lot better keep right on reading because it’s time to wake up and smell the multicultural coffee. It’s time for you lot to get with the programme or find yourself in a provincial, economic and social backwater from which there is no return.

See, I’ve been scunnered. Scunnered that here and now, in this the digital age, with all our bells, whistles and gizmos, that we’re still going up the hill backwards when it comes to equality. Sheesh, surely the diversity tub-thumpery should have been relegated to the back row of the equality orchestra by now? It’s 2016 ferchrissakes.

Make no mistake, I’m a self-declared feminist and equality campaigner, and have been since I was a pre-teen in the dark old days of the 70s. And if that’s a problem for you politically, or if you make the mistake of jumping to a set of stereotypical assumptions, then you’re the one with the problem, innit.

Still, it remains a pain in the equality arse to find myself being repeatedly pigeon-holed as a rampant feminist firebrand and/or grumpy old woman – someone to be merely tolerated when speaking up against the status quo of white middle aged, middle class men. But honestly, fellas, if you made more of an effort to embrace equality and diversity in your workplaces, on your management teams, at your events, and in your close circles then auld bags like me might just leave you alone.

As it is, I’m staying up on my diversity soapbox until it’s safe to come down.

Not that anyone gives a damn about some old dame shouting the equality odds – apart from everyone who is not part of the inner sanctum, that is. Scarily, for the old schoolers, these days that’s a helluva lot of us. And at last we are beginning to be more visible and influential. Yes, the pace of cultural change is maddeningly glacial but from where I’m perched high on that soap box, guess what? The power of the old boys network is slowly beginning to melt.

C’mon guys, you know it make sense to get with programme. Burying heads in the sand and clinging on to blazer brigade mentality can’t help you now. Keep up the old school stuff and you’ll soon get a taste of what it’s like to be in a minority. For the times they are a-changing.

You know progress must be in train when the Federation of Small Businesses – not an organisation necessarily at the forefront of emancipation and empowerment – has upped the ante on its equality agenda.

This week alone I’ve witnessed and been part of a small biz network split 50/50 between men and women, and even, amazeballs, including people from different ethnic and socio-demographic backgrounds. Brilliant! I want more, more, more of the same.

In fact, I can thank the FSB yet further for making moves in the right-on direction. I confess that my own prejudices about the organisation were challenged head on at their annual conference right here in Glasgow last month when through the red mist came a vision in purple. Enter Helen Walbey, indigo-haired diversity champ and scrapyard queen of Wales. What a breath of fresh policy air.

Long may she reign. 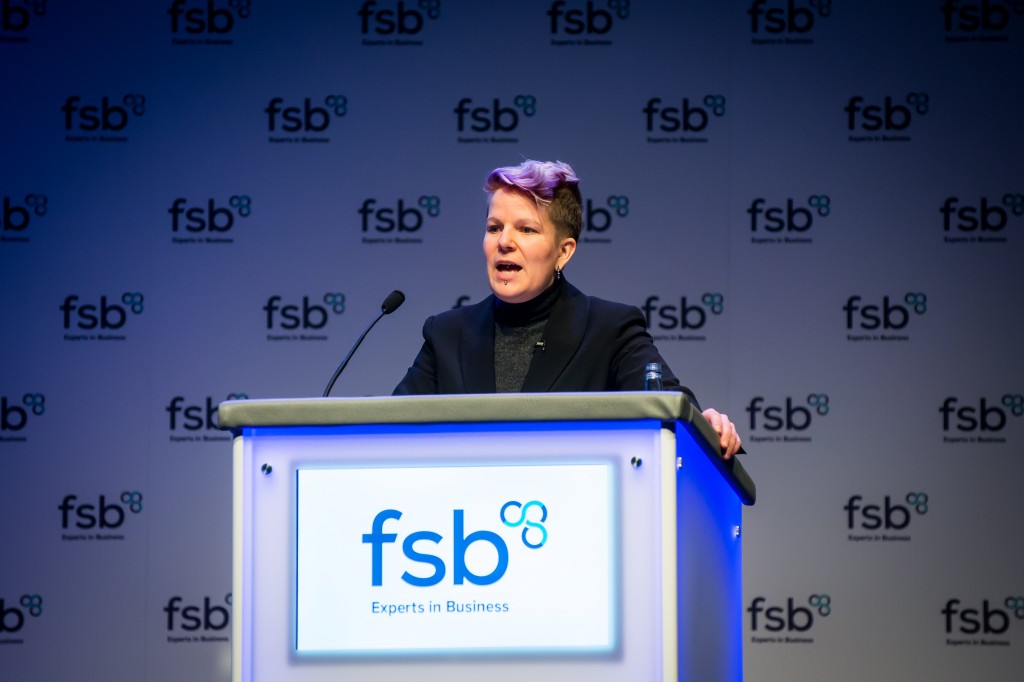