December 28, 2017 By Mairi Damer With Comments are off for this post Tagged with: 2018, Big Ben, Brexit, Grenfell Tower, Hogmanay, new year, rough sleeping

Praise be, this year’s nearly over. Dunno about you, dear reader, but can’t say I’ll be sorry to see the back of 2017. Boy, it’s been weird.

Good riddance to an annus discombobulous, say I. Come Hogmanay, I’ll be joining in with Big Ben’s bongs (which have been temporarily brought out of their campanological silence, huzzah!) with a bit more wellie than usual. And that’s saying something – this wee Scotswumman generally has plenty of Weegie gusto going on at the bells. So bring it on, Mons Meg, I’ve about had it with the last 12 months.

I can’t exactly put my finger of the cause of this year-long discombobulation, this restlessness and general dissatisfaction. Some of it might just be ongoing menopause and midlife crisis – failing memory, general fatigue, poor attention span, and myriad new aches and pains are almost certainly playing their part in this general discomfiture. BTW, I know decrepitude is inevitable, but that doesn’t mean I have to like it. Bugger that.

So yes, some of the restless spirit and general grump is self-generated. But beyond my own self-centred sphere, there’s been a lot else to be pissed off about.

Honestly, I do try not to sweat the small stuff, and maybe it’s just me, but what’s with walking across the road whilst glued to a mobile phone? What in the name of Wolverine are the hefty drawn-on eyebrows all about, gals? Is really necessary to play banging techno music at full volume, on the bus? Guys, gonnae no dae that?

Petty grievances aside, don’t even get me started on the megalomaniac antics of the American presidential or North Korean kind. As for the unfolding saga of unwanted advances (and worse), or the relentless Brexit rollercoaster… Sheesh, where to begin with that shit?

Sadly, that stuff is small potatoes* compared to some of the scenes which have flashed before your eyes and mine these last 12 months. This is the very stuff of nightmares. This shizzle is what’s really behind deep feelings of despair and discombobulation. Some of the nightmare shizzle scenario is global – weather events wreaking havoc and devastation, seas choking on chuck-away plastic, and war doing its absolute worst.

Closer to home we’ve witnessed a towering inferno and terror attacks in two of our major metropolises, and on people like us. We’re seeing more and more people sleeping rough on the streets, and far, far too many skint families barely scraping by. We’re donating teabags, pasta and tampons to foodbanks, knowing that can’t be the answer in the long term.

It’s a sair fecht, right enough. No wonder this auld gal gets heart sore and weary.

Having said that, hope springs eternal. Especially on Hogmanay. Okay, so the bells might only by a simple, audible symbol of a brand, spanking new year, fresh out of the wrapper, but that’ll do for me.

Simple, innit? We can lie down and let the bad stuff all happen, or we can dust ourselves down and come out fighting for change, starting January 1st. 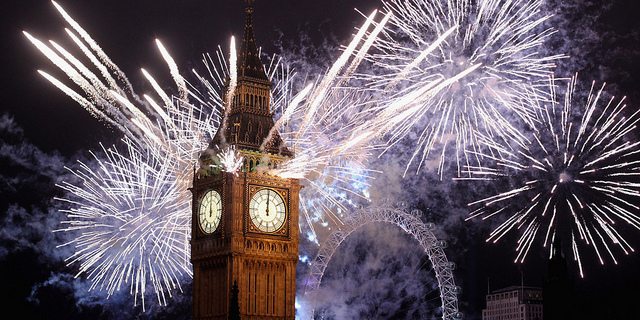 *Oh BTW, for the record, unwanted advances are not actually small potatoes. No way. Cease and desist RIGHT NOW, fellas.