Hold your noses, folks, there’s a foul stench in the air. It reeks to high heaven, is turning my stomach and making me mad. And that’s because my pungency allegory extends way beyond pong.

I’ve been clamping my nostrils tightly for a couple of years now, particularly when travelling by bus (public  transport and two wheels being the favoured modes of travel for this would-be eco-entrepreneur). But despite my best defensive efforts the stink keeps seeping in. What’s more, the bad smell is spreading. Supermarkets too are prime venues for this odiferous assault, and a recent foray into a village hall flea market made me distinctly bilious.

I don’t mean to be sniffy, this extreme sensitivity to smell is an unexpected, and thoroughly unwanted, symptom of this wee wordsmith’s turbulent midlife hormonal state. It’s not just awful odours that bring on the boke, even sickly sweet perfumes make nostrils and stomach clench.

However, it’s the ever-increasing physical manifestation of a certain bad smell that’s caused pause for thought. My disquiet is compounded further by a less tangible trope. See, I’m sniffing out something that’s not been around much since the 70s – the unmistakeable sense of despair.

Despair is not exactly easy to measure, but I know it’s around because I’ve seen, smelled and sensed it before. To be blunt, and perhaps because I’m in the grip of heightened olfactory awareness, despair displays itself to me through the distinct smell poverty. It’s getting grim (and grimy) out there. The aroma of poverty is becoming omnipresent.

My nose tells me daily that more and more folks are grubby, that their clothes and their bodies are less frequently washed. The evidence is visual, as well as olfactory – I’m regularly seeing ingrained dirt, filthy hair, fraying edges and real wear and tear. But to be clear, this is absolutely not about taking the moral high ground, or promoting silly stereotypes about soap-dodgers. I am seriously concerned about how bad things have got for people with not much to spare. In fact, I despair.

What’s more, I’m angry. Raging, in fact. Raging that the evidence of rapidly increasing poverty is right before our eyes, and under our noses. It transports me back to the 70s, when that smell, and that sense of despair, was rife. There was judgement then too, and hideous unkindnesses about people barely scraping by, or not able to look after themselves as well as they might. You’d think we might have learned a few lessons about being holier (or soapier) than thou, and yet sniffiness about people who haven’t got much is doing the rounds once again.

So please spare me the sanctimony. It’s not necessarily about being slovenly, it’s about being skint. Cleanliness costs money. If you’re seriously short of cash, budgeting for shower gel, washing powder or toothpaste, let alone lovely hot water, is real soapy bubble. If like me, you’re prepared to open your eyes (and your nose), you’ll soon start spotting the relentless rise of the rooked.

I can live with the smells, the whiffs and aromas, but I can’t bear to see so many people in such dire straits.  That’s why my wee business works with so many organisations slogging away to make a difference in Scotland. And personally, I’ll keep kicking up a stink to support those who are skint. 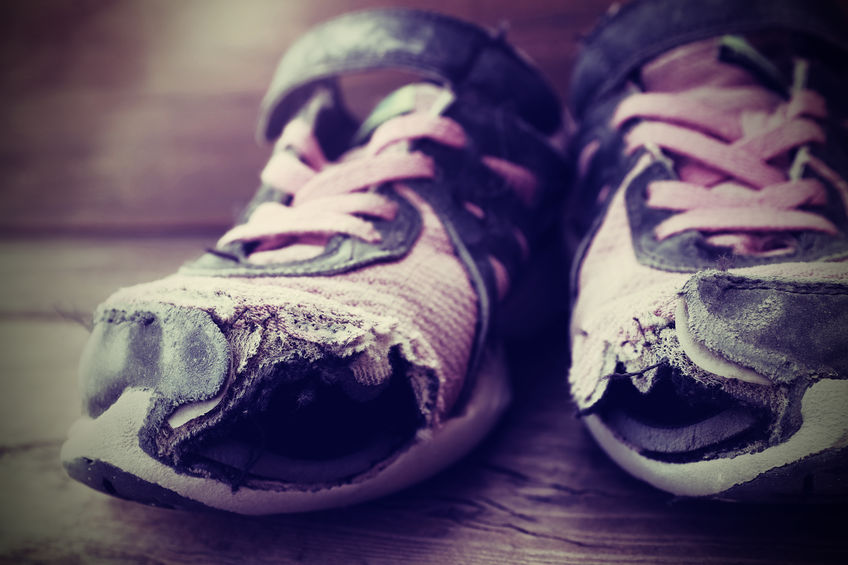