August 2, 2020 By Mairi Damer With no comments yet

Sticky, sprung floors; hundreds of sweaty bodies swaying, skanking or simply wigging out; one-two-three-four; the crowd singing along as one voice; and getting mangled in the mosh pit. Live music, it’s the very stuff of this veteran’s gig-goer’s dreams.

Tragically, gig-going does feel like a distant dream in these virulent times. A euphoric, soul-cleansing, heart-lifting, life-affirming doozy of a dream right enough, but one that happened in some other life, long ago. The very idea of getting in amongst it at the Barrowland, King Tut’s, Stereo or the QM in the time of coronavirus seems bizarre, not to mention downright dangerous. Still, in the absence of events, live music drifted off my radar and that’s really weird given the massive role it’s played throughout my whole adult life.

Yup, despite donning my standard gig-going uniform many, many times over the course of an average year (FYI this equals sweatproof mascara, trainers, lightweight t-shirt, old jeans, a jacket which can be securely tied around the waist and absolutely NO handbags or high heels allowed), gig-going just hadn’t crossed my consciousness for several months. Even a postponed outing to the far east (aka Edinburgh) for a much-anticipated wedding anniversary date in May with our beloved John Grant felt like a sensible sacrifice, and only a few tears were shed (we’ll be back with you next year, John, promise). There were slight pangs of regret when nights out in the company of Suede and The Regrettes temporarily bit the dust, but at least I knew they’d be back, and we’ve still got BC Camplight on the concert calendar for this year, and everything crossed.

But somehow, the risk that gig-going might never be the same again just hadn’t sunk in. Or it hadn’t until fellow live music disciple and BBC Radio 5 Live broadcaster Colin Murray crushed all of my dreams with one on-air interview. I’m sure you didn’t mean to, Colin, but your superb chat with Jeff Horton*, owner of the legendary 100 Club in London, plunged me into new depths of Covid despair.

It’s not that I was planning on gig-going any time soon, as if, but the real difficulties of presenting live music – particularly in small, independent venues – looks a mighty, mighty long way off.  In fact, after listening to Colin’n’Jeff, I was left wondering if gigs will ever get back to the roof-raising ways we all loved so much. The thought that the future of live music might become a more sterile, socially distanced affair completely crushed my spirits.

But this is not just about my social life, this is about small business too. Personally (and selfishly) speaking, the success of my own small business relies hugely on the state of my mental health, and gig-going matters massively to me. It’s the one thing which offers complete, utter joy so damn right I want a return to hands in the air and just don’t care. Sadly, and it ain’t very rock’n’roll to say so, I also want to feel safe from nasty, life-threatening germs, and that’s a big ask of all venues, especially the wee ones.

After all, small venues are small businesses, and their very survival is on the line here. The threat that many favourite haunts might go to the wall is utterly unbearable, and donating a few quid to crowd funding campaigns seems like a faint gesture. To have any chance of returning to what we once loved a rock solid solution is what’s needed here. So governments, come on, stump up. You’ve simply got to let the music play on. 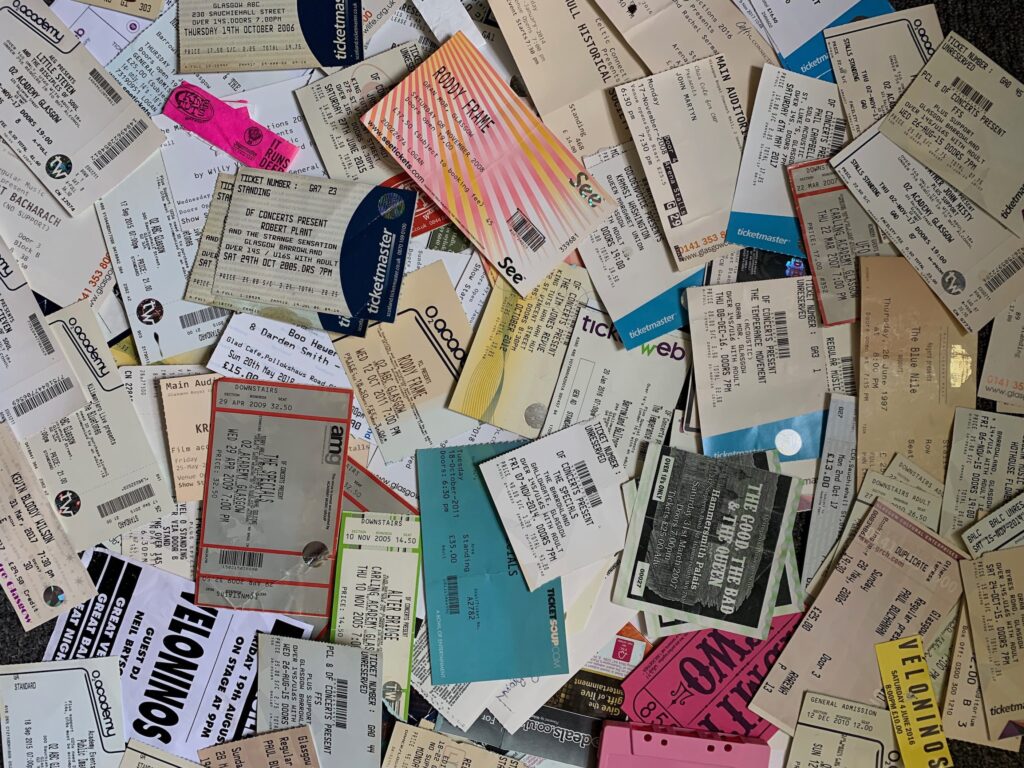 *BTW Jeff, your Fred Perry Subculture playlist on Spotify is the BOMB!