October 30, 2015 By Mairi Damer With Comments are off for this post Tagged with: bitch, business, entrepreneur, Hallowe'en, high heels, make up, small business, witch, women in business 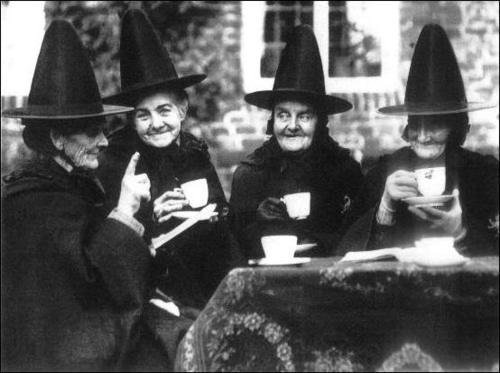 Aye. I’ve come over all evil this October, and that’s without the benefit of facepaint and fancy dress. But if you cannae sharpen your talons, bare your fangs and be a wicked auld witch in Hallowe’en week, then you might as well hang up your broomstick for good.

Bitchy behaviour’s not really my style. I’d like think I wasn’t one of those women – I’m not usually in the business of snide asides and the likes. When it comes to other gals, especially those who are putting in a small business shift, I don’t play the put-down game. It’s not big, it’s not clever and it’s certainly not good for any sense of solidarity with the other small biz sisters. But just lately that sense, sensibility and sensitivity has snapped. Equilibrium and efforts to see the whole picture are gone for a burton, to be replaced (temporarily, at least) by the wicked witch of the west. Hell yes! The inner bitch has well and truly come to the Hallowe’en party, caterwauling like a fully fledged harpy. And all because because of facepaint and fancy dress.

Look. Each to their own and all that. Just ‘cos I don’t wanna be part of that gaggly gang doesn’t matter two hoots. And yes, I know that getting up on this particular high horse is both risky and hypocritical – after all, I like a nice lippy or a cool pair of shoes just as much as the next business bird. Truth told, I’ve even got some sneaking admiration for women who are willing to rise pre-dawn, like the undead, for the rigorous daily ritual of preparing to face the world fully armed.

That’s all simply spiffing. But what I simply can’t stand from this flock of manicured mannequins is their barely concealed contempt for those of us who aren’t in their fake-baked business community. And believe me, I’ve had “the treatment” more than once over these last autumn weeks during women in business events. Oh yes, I’ve run that gimlet-eyed gauntlet, and it makes my blood boil.

I’m not the only one on the end of that withering, witchy boo hiss. I’ve watched on as these covens of perfectly primped and preened harridans dole out the once-over from beneath their false lashes and improbably pencilled brows. I’ve overheard some of their savage lip-glossed sneers, delivered sotto voce alongside welcomes to other women which are only skin deep. Heaven forfend these hags would crack anything more than a pure plastic smile. Dinnae be daft, anything more is pure murder on the make-up…

If my own catty carping makes me just as much of a horror as the next evil crone, it’s temporarily too bad. Watch out for the next full moon, bitchy businesswomen, a new witchfinder general’s in town.