June 24, 2016 By Mairi Damer With Comments are off for this post Tagged with: democracy, divorce, Europe, European Referendum, European Union, Scottish independence, voting 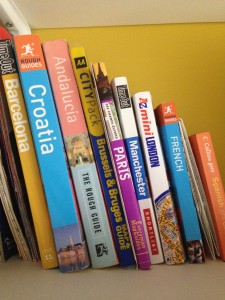 Even as a Weegie* I’ve always felt kinda continental. Somehow or other my own DNA circumvented the dominant freckly-faced, gingery genes of my Scottish, English and Irish heritage, and I’ve always harboured the fantasy that there must be un poco of Spanish pirate somewhere in our family bloodline. But as I sit here in this post referendum dawn – me with my easy-to-tan skin, schoolgirl French, the remnants of night school efforts in Spanish and Greek, and a much-stamped passport from adventures across Europe – je suis désolé.

I’m saddened (and scared) to discover that we’re living in a land so starkly divided about who we are and where we belong. Not only are we pulling apart from our continental cousins (literally in my family’s case – so sorry, Belgian and Norwegian branches of the family), but it turns out that we’re not quite as close in mindset to our Celtic cousins and our friends in the north, south, east and west as once we believed. Jeez, it sure was a sore one to find out just how divided we really are. To quote BBC Scotland’s estimable political correspondent Brian Taylor, we’re now officially a “Disunited Kingdom”.

Everyone’s entitled to their opinion, of course, and as ever, I offer profound thanks those who made massive sacrifice to give us democracy, the right to free speech, not to mention the vote. But now the division bell has chimed so very loudly, it’s made my heart ache. I’m bereft that we’re splitting up. Oui, the European project is a seething mass of mess, well overdue a gigantic dusting down, plus an extended spell of relationship counselling. But divorce? Did it really have to come to this?

Even if relations were cordial, which they obviously ain’t, this is going to be one hell of a messy separation. There’s going to be triumphalism and tons of told you so. But there’s also going to be tears, snotters, rage, blame and recrimination. There will be feuds, gamesmanship, tugs of war and gigantic bitter barneys about the division of spoils. And of course, there’s going to be a battle royale for leadership and political power at the top of the establishment greasy pole, while us wee people try to take cover from the fallout.

Of course, in Scotland, we’ve already got form when it comes to political schism. We’ve only recently been deeply embroiled in this kind of division ourselves, and although it was thrilling on all sorts of levels, it wasn’t always too pretty. There’s still plenty of post referendum pain, and now the natives are going to get restless again. In fact, this time we might be revolting. Oh aye, there may be more trouble ahead.

Still, and I write this as one who’s pretty au fait and upfront about emotional expression, somehow or other I hope we can more or less keep the heid as we negotiate separation settlements at home and abroad.

But keep calm and carry on?  Nae chance.

* which means Glaswegian, for those from beyond the boundaries of the dear green place