Along came a spider Missing in action

When I’ve got my small biz head on, I generally shy away from any political commentary on these here digital pages, largely preferring to keep my personal slant under my pork pie hat. Even when I have dipped a tentative toe into the waters of online opinion, it’s usually been to say that I haven’t got a clue what to think or believe when it comes to parliamentary machinations. But recent events have conspired to shake up my self-imposed self-editing. I’m not necessarily about to launch straight into battle cries or civil disobedience (although I’m certainly not ruling ’em out), but it’s fair to say that my dander is up.

Once upon a time I was right wee firebrand, but time has turned my flames down to a low peep. During the last couple of decades I’ve fancied myself as a calmer, more clear-eyed analyst of the ways of the world (my world, that is. Truth told, I’m not too hot on geo-politics). I’m not a policy wonk, nor a party political animal, just someone with an active interest in current affairs. A big picture person.

During my years as a BBC drone, I prided myself on having deeply embedded personal politics (lefty, pro-Indy and social equality, anti-poll tax/nuclear subs/war in Iraq/Brexit – you get the drift), but also an ability to see perspectives from all angles and sides. However, over time the big picture perspective came at a cost. Eventually I realised that I just couldn’t take sides, that I didn’t know what my own opinion actually was any more. That state of mind’s been hard to shake off, but now a spark of revolt has been re-ignited.

And no bloody wonder, this week in politics has been an absolute doozy. As we say in the north, ma heid is burst. Just when you thought things couldn’t get any more insane, old Bozo goes and ramps the ante right up. I mean, what the actual f**k?

My younger self would’ve immediately jumped to instant reaction/resistance/revolt, but the more cautious adult analyst needed a while to digest this latest episode of constitutional lunacy. I’m far from thrilled with the prorogation jiggery pokery, but before taking to the streets with my banner, my disgust and “Boris, Boris, Boris, out, out, out!”, I wanted to work out what the hell it all means. But no point really, this stuff has more twists and turns than the Mississippi. So, rather than trying to assess the end game, maybe my gut reaction is all that matters right now. And my gut says, Boris, stop. Or else.

And as for you, Jacob Rees-Mogg… gonnae grow up and stop being such a provocative prat. Enough already, Lord Snooty, it’s simply not wise to piss people off. People like me, people who’ve been on the sidelines so far. So shove your candyfloss right up your posh posterior. Never forget, north of the border, we know a bit about people power.

As for you, Bozo? Keep this up and you’re in for a fight. And then you can wave Scotland off towards self-determination. We know you won’t shed any tears, but we’ll be crying. With laughter, and relief. 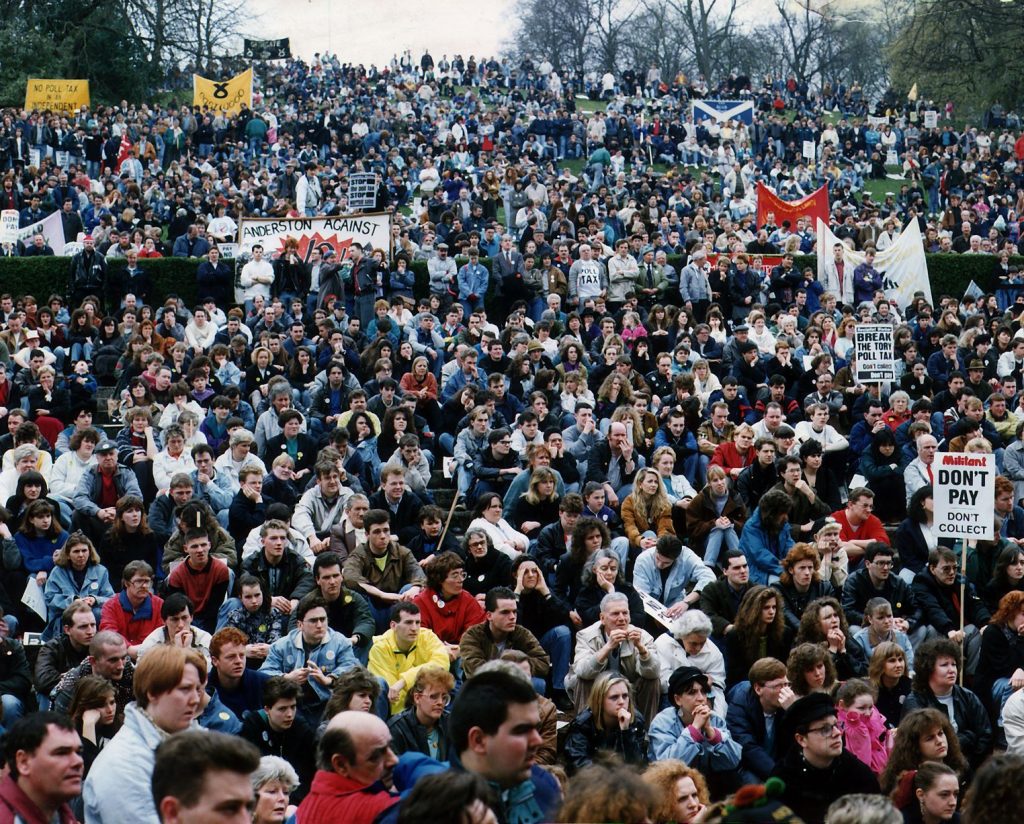